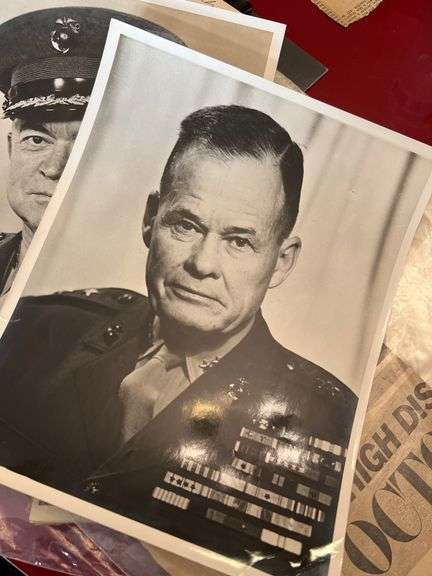 No donations for this lot

General Alexander Archer Vandegrift (March 13, 1887-May 8, 1973) was a United States Marine Corps four-star general, the first on active duty in the Marine Corps, who served in World War II who commanded the 1st Marine Division to victory in the Battle of Guadalcanal. General AA Vandegrift received the Medal of Honor for his actions between August 7 and December 9, 1942 in the Solomon Islands Campaign. On January 1, 1944 General AA Vandegrift was sworn in as the 18th Commandant of the Marine Corps.